Firstly, we would like to pay a tribute of respect and applause to Tower Garden’s technical team for the incredible state-of-the-art LED grow light kit which they recently launched in the US, Canada, and Europe.

We are talking about 4 vertical LED lights totaling a ridiculously low 125 W for the whole system. It is unbelievably efficient! It is an incredible improvement from the older LED light version which produced blue and red lights like most hydroponic systems (so harsh/uncomfortable for the eyes)….

Tower Garden new light system is expendable thus allowing to adapt according to the growth of the plants.

We advise growing leafy greens, lettuces, and aromatic herbs when using a LED light kit indoors. Fruiting vegetables will not do so well nor will large vegetables and vines which are not recommended to grow indoors.

It is important to keep the tower in a climate controlled room and that such space allows sufficient air exchange. It is not possible to just put the tower in a closet without airflow. Oxygen is key and opening windows to create an air draft from time to time to bring new air is recommended when possible.

The LED grow light kit was originally designed for the personal tower model featuring 5 pots/ 20 plants but it diffuses sufficient amount of light when used with a 7-pots/28 plants configuration.

A fully automated Tower Farm can be configured indoors with aeroponic Towers featuring 7-pots/28 plants…. some tower farmers use 11 pots/ 44 plants towers outdoors from spring to fall and bring their towers indoors sizing them down to 7 pots to be used with LED lights during the winter. It is the perfect solution for Tower Farms which do not own a greenhouse to face cold winters.

Whether growing crops indoors year-round or whether using your tower outdoors and indoors depending on seasons, Tower Garden technology allows everyone to grow nutrient-dense fresh food year-round!! 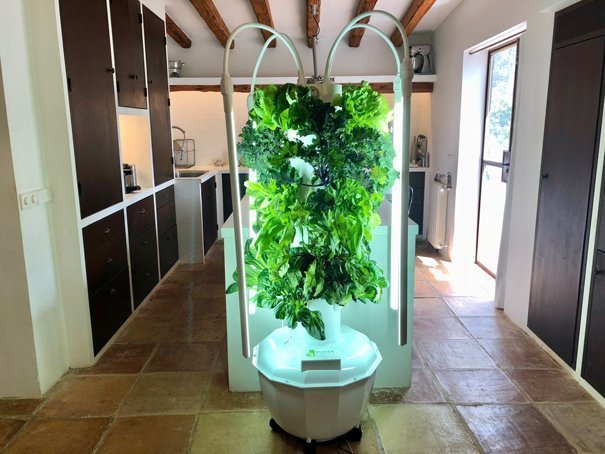 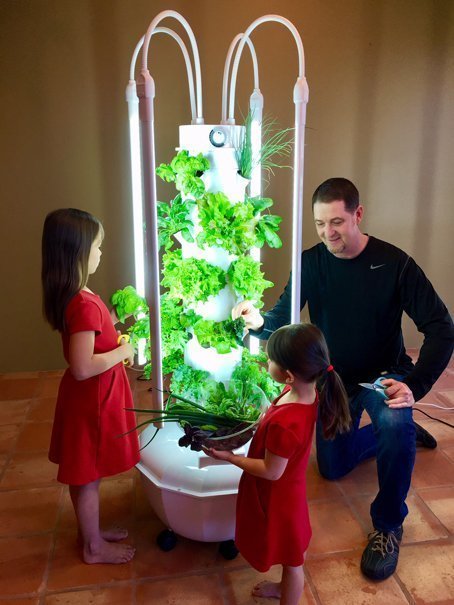