When considering setting up a Tower Farm inside a greenhouse, the cost of building and operating a greenhouse ends up being ‘the real expense’.

We recently published an article titled, Tower Garden technology might be pricey, but it is far from being expensive!, which we strongly advise you to read as an introduction to this post.

In a greenhouse, and in effort to optimize space, we advise to use the tallest model of the commercial-grade Tower Garden (3-meter tall/52 plants).

Based on 100 towers, when purchasing a Tower Farm, it usually ends up costing around $550 per tower including the automated irrigation and nutrient dosing system (with 18 months supply of nutrients).

Aside from the quality and lifespan of the equipment, the space-saving aspect of a Tower Farm is one of its greatest advantages!

A Tower Farm saves up to 75%-85% in space in comparison to conventional hydroponics featuring ‘horizontal/flat’ systems.

In other terms, the cost of building and operating a greenhouse can be reduced by 75%, or the crop production can be increased by 75% within the same space.

Furthermore, the ongoing overall operational expense of the greenhouse (electricity, gas, water, maintenance, insurance, etc.) is reduced proportionally due to the space-saving benefit of the Tower Garden technology.

When considering setting up a Tower Farm in a greenhouse, above all when growing leafy greens and aromatic herbs, Tower Garden technology ends up being a judicious investment due to the reduced budget related to the greenhouse in comparison to setting up a conventional hydroponic NFT system which requires much more space for the same crop output. 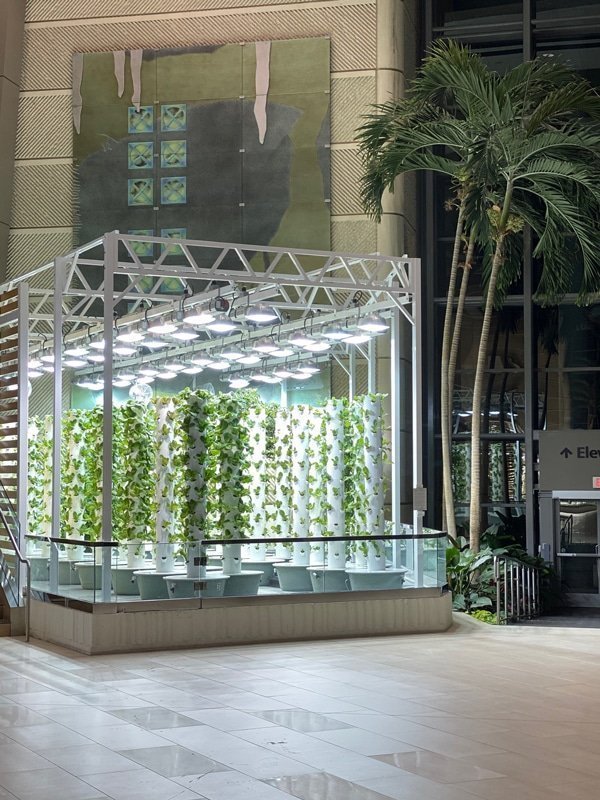 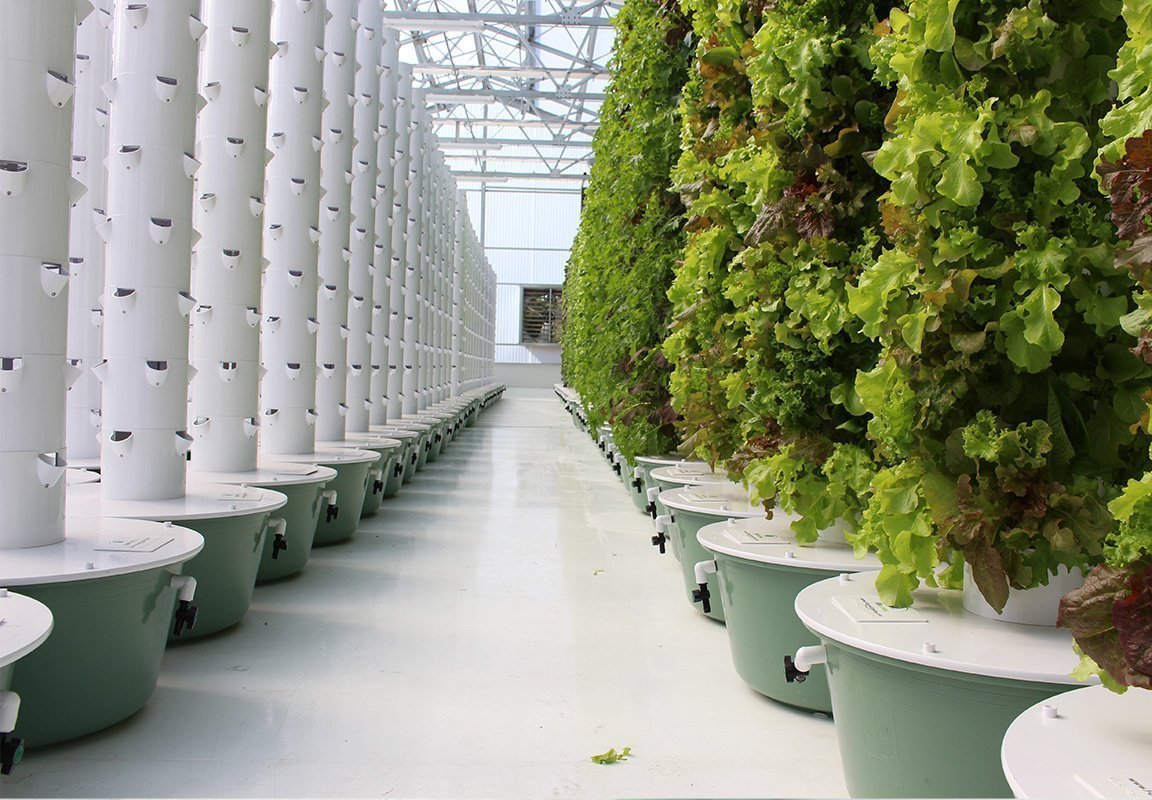