Over the years, we have grown all types of pole beans including yard long beans and several heirloom varieties.

As a support for the growth of its vines, initially, we used the support cages manufactured by Tower Garden. Although we experienced satisfactory results with Chinese long beans, the crop yield was inferior when using Tower Garden technology with the cage in comparison to when the beans were grown in the soil.

With conventional soil farming/gardening, pole beans are usually grown on trellis allowing them 6-7 feet (about 2 meters) of support for the vines to grow. Although a commercial Tower Garden used in a Tower Farm can be 10-feet/3-meter tall, when the vines grow downward, they tend to create a jungle effect (hiding most places where beans would normally grow which infringes upon the possibility to have an optimum yield).

We then built a grow support structure giving plenty of room for the vines to grow (providing over 200 meters of stretched cables). However, instead of growing alongside the ‘giant’ grow cage, vines always grow twisted uncontrollably between one another, and as a result, do not offer an easy way to harvest.

On the other hand, we have been involved growing successfully numerous bush bean varieties at different locations, on 4 continents, in different climates!

Bush beans are perfectly suited for Tower Garden technology. They use less than half the water and produce twice the crop yield in comparison to pole bean varieties (which is not the case when grown in the soil).

Furthermore, bush bean varieties grown in a Tower Farm or at home using the residential Tower Garden model, are easy to harvest and involve much less labor than pole beans.

Please note that the root system of bean plants is huge and needs enough space to grow. This is why we recommend only one plant per section and to avoid using the bottom pot/section in order to avoid a DWC (deep-water culture) situation smothering the pump.

In conclusion, we strongly advise to grow bush beans, and not pole beans, when using Tower Garden technology .

Do you want to learn more about growing beans on a Tower Garden?

Check out our other article “Growing Beans on a Tower Garden“ 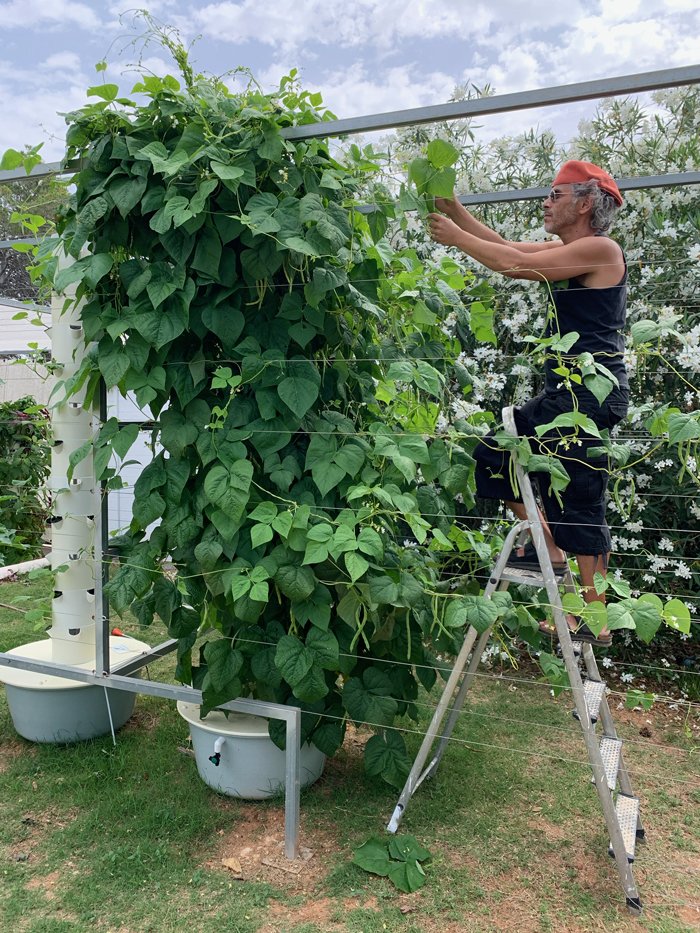 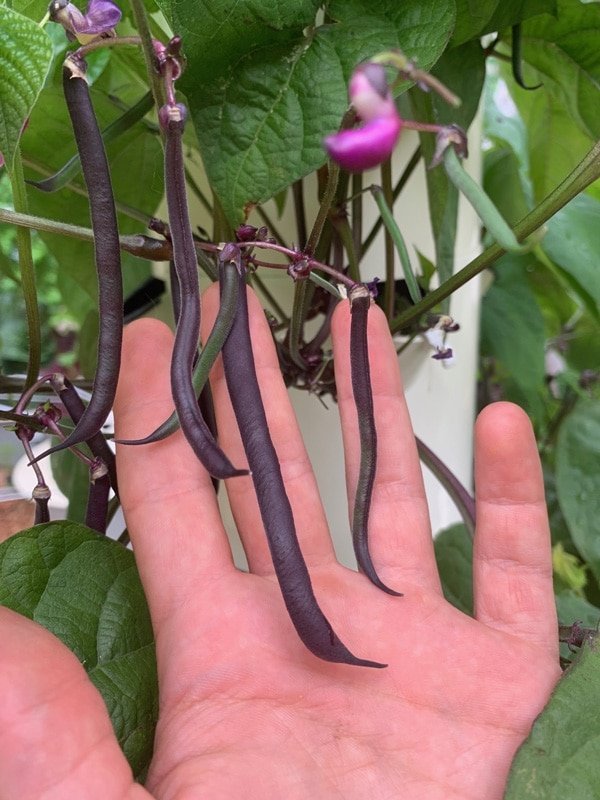