The following is addressed to international customers (outside the USA/Canada):

Tower Farms are being shipped directly from the US as fully automated systems including the irrigation and the dozing equipment which delivers the water and nutrients automatically to each tower on an as-needed basis.

We ship from our Warehouse in Memphis Tennessee in the USA. 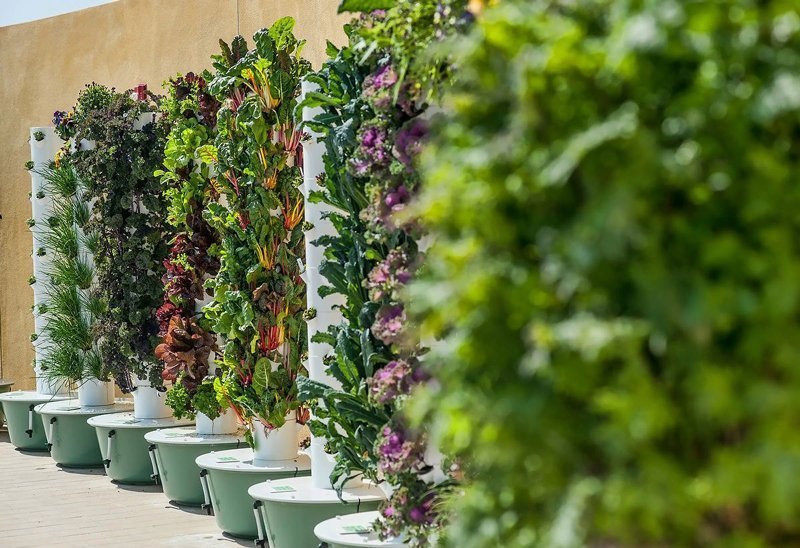 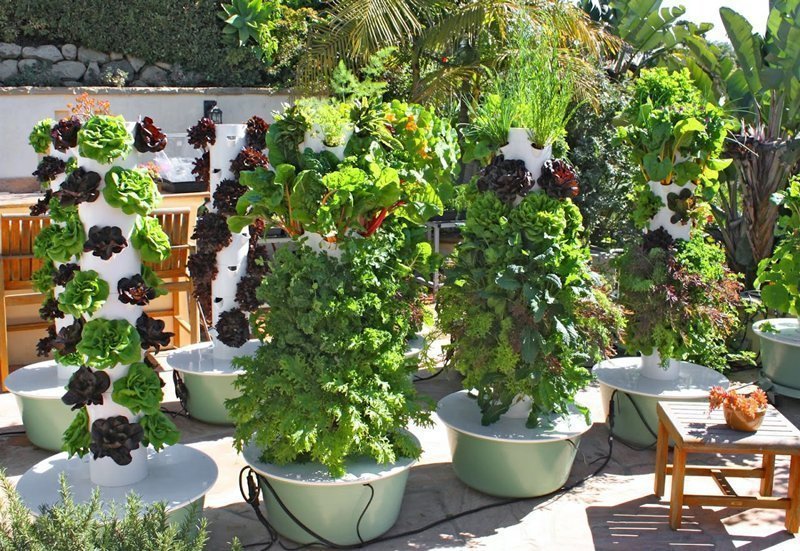 Ordering an aeroponic Tower Farm featuring only 10 towers is the minimum budget allowing someone to test the technology (minimum order requirement varies per country). In fact, whether referring to a Tower Farm featuring 10 or 100 towers, the configuration of the system is the same. The nutrient dozing equipment, as well as the irrigation system, is the same regardless of the size of the Tower Farm.

However, the international shipping cost of a Tower Farm featuring only 10 towers is disproportionally expensive.

Just as an example, recently, to ship a complete Tower Farm system featuring only 10 towers (which fits on 2 oversized pallets) to somewhere in the Middle East, our shipping consolidators quoted $2200. However, shipping a 20-foot container fitting up to 100 towers to the same location only cost $3400, while shipping a 40-foot container was $4500 (for a fully automated Tower Farm system featuring 200+ towers).

However, as mentioned previously, the advantage of starting with only 10 towers is the small investment allowing to test the technology. Depending on the size of the towers, a fully automated Tower Farm featuring 10 towers will amount from $7500 to $8500 (plus shipping). It ends up being more or less a $10,000 when it reaches destination. Of course, in this case, the cost per tower is high but this is still a reasonable investment for someone to test the technology of a commercial Tower Farm. 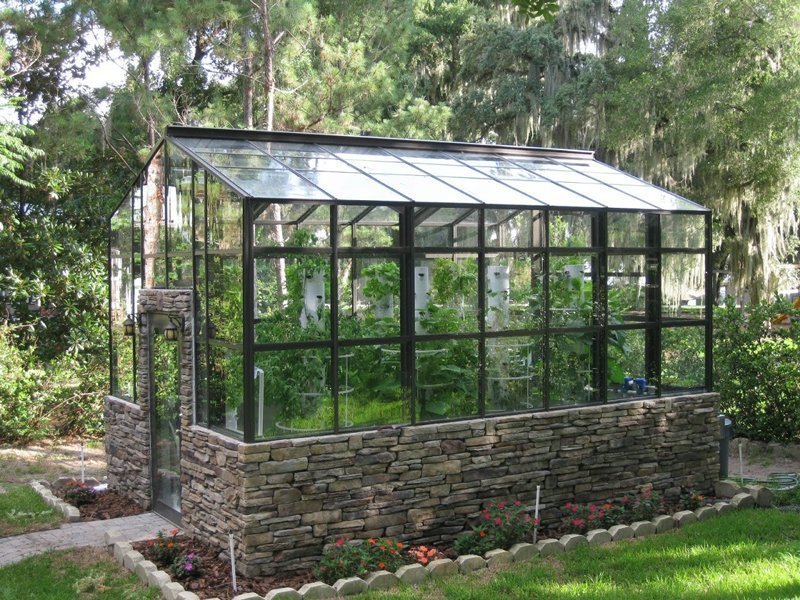 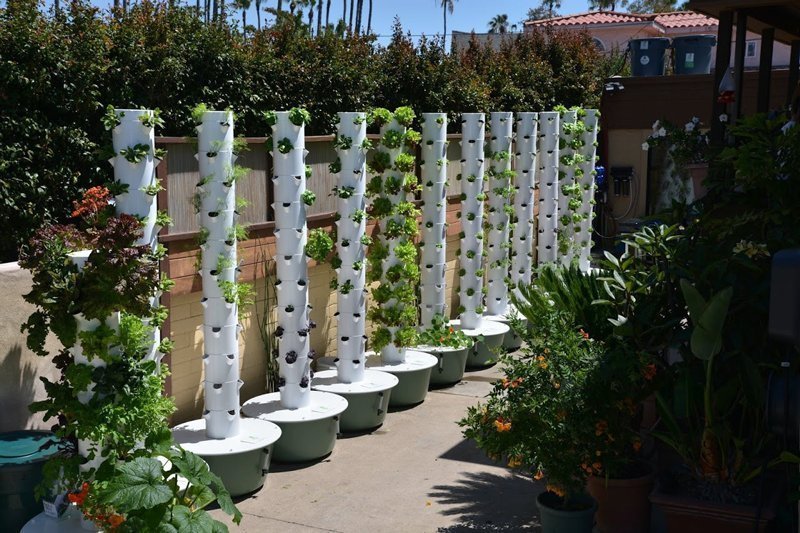 Once again, it is important to emphasize the fact that when starting with a Tower Farm featuring only 10 towers, such a set up is easily expandable. It is just a matter of adding more towers to the existing system without the need to buy extra equipment. In fact, as mentioned previously, the irrigation and nutrient dosing system can supply 100+ towers.

In light of our experience, when the budget allows it, we recommend starting with a Tower Farm featuring a minimum of 30 to 50 towers. Aside from making more sense economically than just 10 towers, 30 to 50 towers truly allow testing the full potential of the Tower Farm since it gives much better leverage for crop rotation.

Here below is the example of an invoice/quotation for a Tower Farm featuring 10 towers (36 plants per tower model – 2.1 m tall). Such a proposal includes a fully automated irrigation system, seedling trays, rockwool, as well as an 18-month supply of nutrients/fertilizers. It is truly a fully inclusive system ready to assemble and operate. This quotation does not include shipping.

Example of an invoice/quotation for a Tower Farm featuring 10 towers (36 plants per tower model – 2.1 m tall): 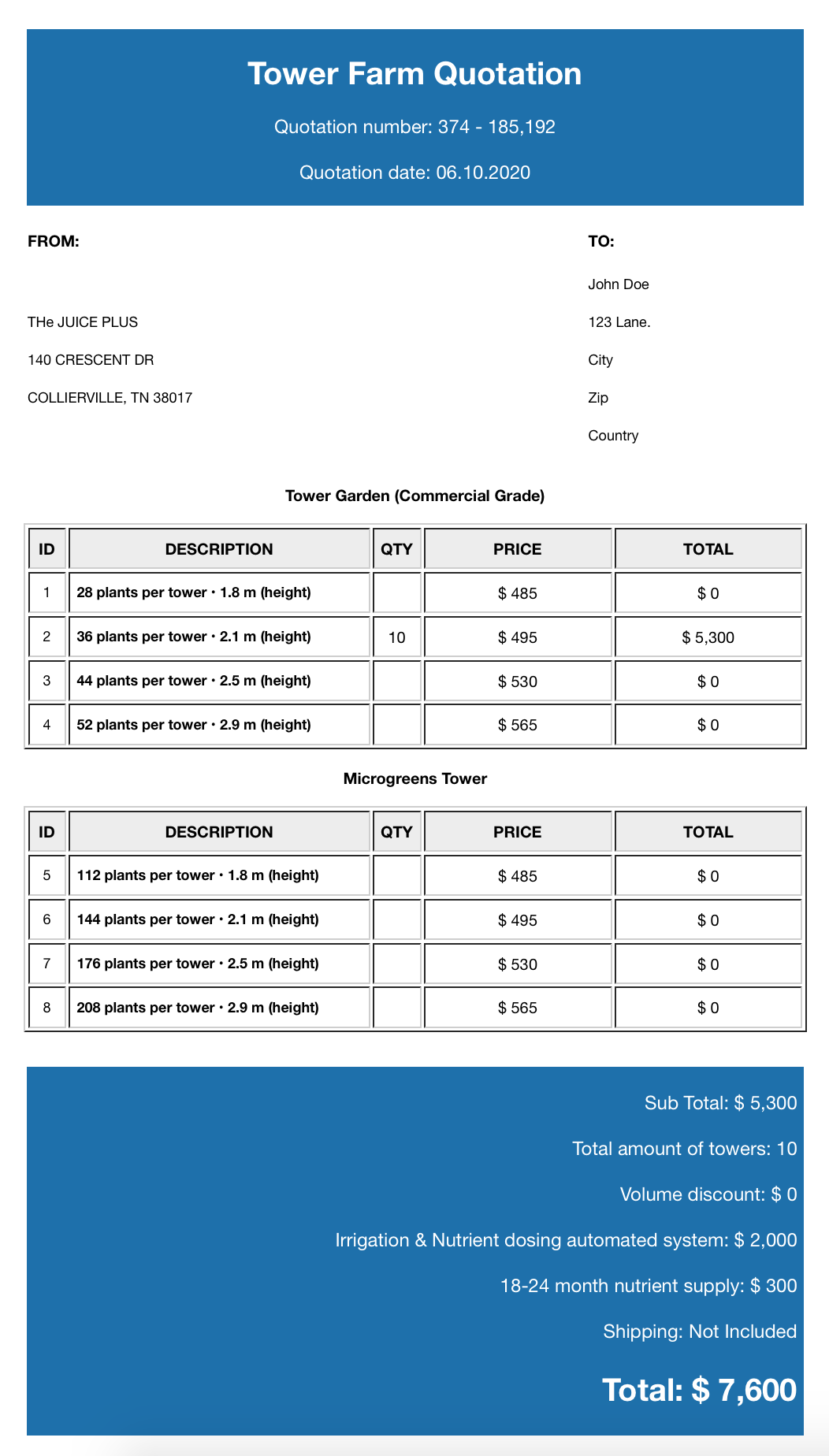