Growing aeroponic marijuana has always been limited to indoors until Tower Garden® technology made it possible outdoors.

When growing aeroponic cannabis using a Tower Garden®, the towers need to be placed outside at one point or another due to the growth of the plants.

Last year, we grew some clones ( cuttings from female mother plants) which we planted on the European Tower Garden® residential model.

The difference between the European residential Tower Garden® and a commercial tower is the reservoir which is smaller, white instead of green, and which features built-in wheels. Aside from that, the tower components and the nutrients are the same.

We started indoors with the LED light kits and the grow support cages which are specifically designed for the European Tower Garden®. We set our lights on 18 hour cycles per da for six weeks. Although the LED light system is expendable to accommodate the growth of the crops, our cannabis plants grew so big that we decided to place the towers outside.

We believed that going from indoors to outdoors would stunt the growth of the plants. In fact, we reduced from 18 hours of artificial light per day down to 12 hours per day. However, to our surprise, the clones kept on growing on one flowered 3 months later! This is why we also decided to build a bamboo makeshift structure around to stretch scrog nets to support our beautiful aeroponic marijuana plants. This was very necessary because when the plants starting to flower, the buds were huge and dense.

Our scrog net supporting structure allowed the plants to sustain major storms without breaking in spite of strong winds.

The beauty about growing clones on a Tower Garden® is that the trunk ’s diameter of the plant will not outgrow the planting cavities of the tower sections. In the past, when growing regular marijuana female plants, we experienced some strains which outgrew the planting area and damaged towers. Growing clones is the perfect plant size strategy when considering growing aeroponic cannabis.

We harvested over 1 kg per tower (dried buds) of the most potent cannabis ever!

Aside from growing cannabis, the Tower Garden® is the perfect option for many medicinal herbs: echinacea, goldenseal etc. 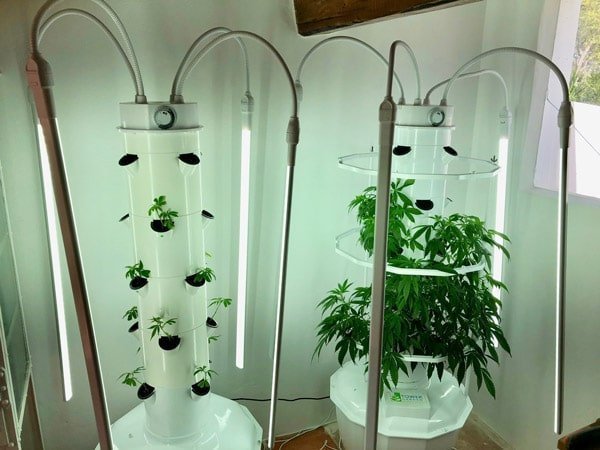 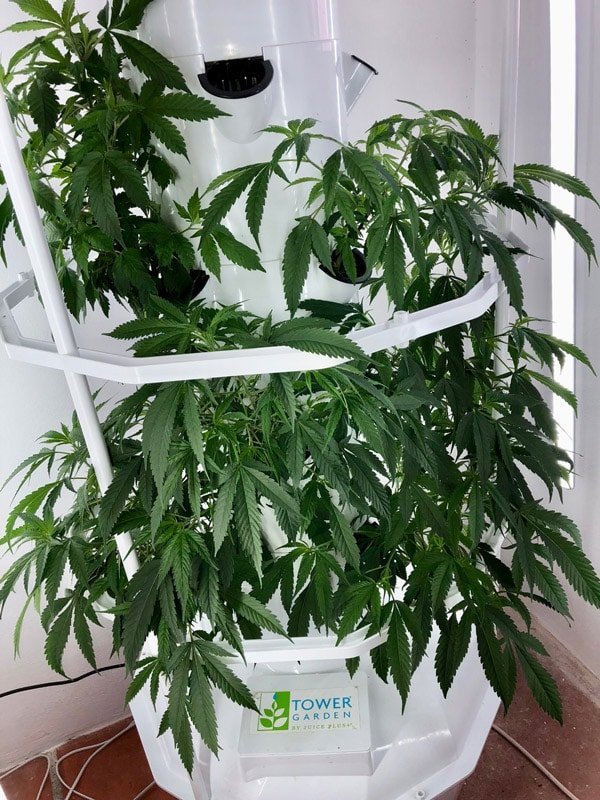 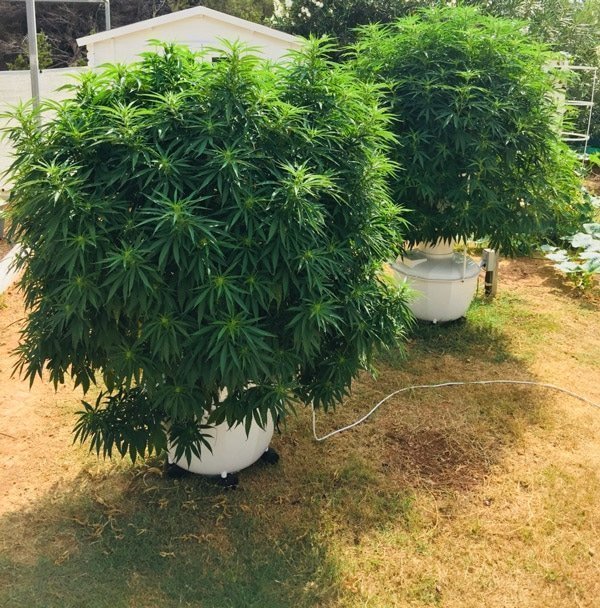 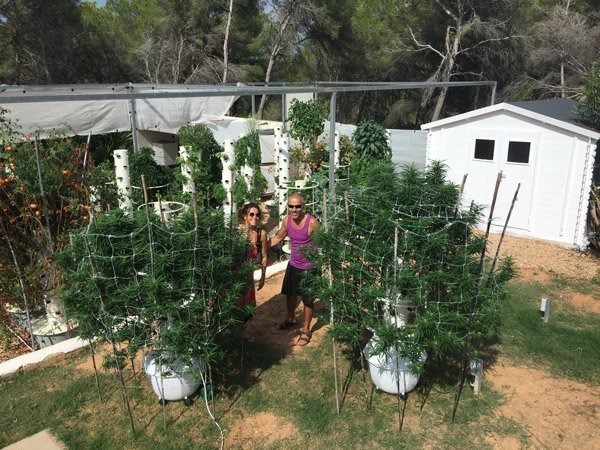 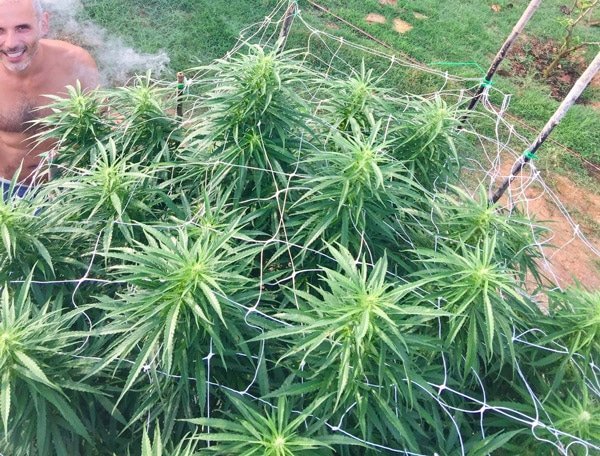 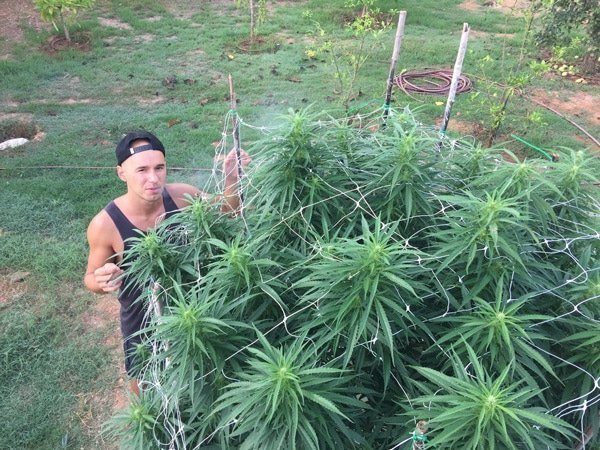 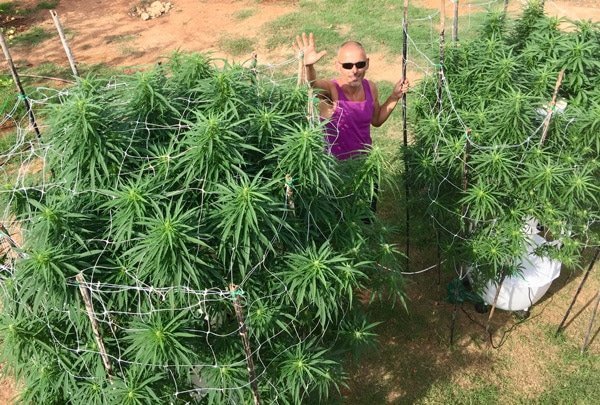