Tower Garden did not invent aeroponics, but it pioneered the aeroponic tower technology for the agricultural and for the gardening industries. The NASA originally invented and developed aeroponics in the early 90s. The patent was then taken over by Disney which created the aeroponic garden for Epcot center. The aeroponic garden of Epcot center was the first aeroponic system open to the public. To design Epcot center’s aeroponic system, Disney hired a genius horticulturist by the name of Tim Blank. After working for several years for Disney developing the aeroponic system at Epcot center, Tim Blank created his own company by the name of Future Growing LTD and designed the first aeroponic tower known today as the Tower Garden. In 2011, Tim Blank sold the rights of the Tower Garden residential model to Juice Plus. In 2016, Juice Plus bought out the Tower Garden commercial division from Future Growing LTD. At that point, Future Growing LTD was dissolved and all corporate development, manufacturing and storing was moved to Memphis Tennessee (hometown of Juice Plus). Over the years, Tower Garden has gone through enormous efforts of research and development. People often ask ‘can’t you make the tower bigger? Fatter? In a different color? In a different material? Using different nutrients? Modifying the timing of the feeding cycles? Etc. etc.’. It is undeniable that over the years, Tower Garden has gone through many trials and errors, suggestions, modifications and improvements. Tower Garden technology is not any longer in its initial phase of development. Over the years, it has already gone through its ‘growing pains’ to become the most efficient aeroponic system ever designed whether for commercial applications or for the residential market. Tower Garden is not a novelty item like these new towers built cheaply by unscrupulous Chinese companies. Tower Garden is in fact the only aeroponic technology used by hundreds of thousands of customers and over 300 commercial Tower Farms worldwide. Tower Garden is the only vertical farming technology which publishes a scientific comparative study measuring the quality of its crops (comparing crop yield, nutrient density, antioxidants and phenolic values against crops grown hydroponically or in the soil). Such scientific report proves clearly and irrefutably that Tower Garden technology delivers healthier crops, a superior crop yield, while saving at least 95% of water in comparison to conventional farming. Whether wishing to buy a Tower Garden in the UK for your home, or whether thinking about setting up a commercial Tower Farm in Dubai, at Agrotonomy, we are the international resellers for Tower Garden technology and we can help you worldwide. We offer on-site Tower Farm installation and staff training services. For the USA and Canada, we have partnered with True Garden, which is by far the beacon of Tower Farms in America. True Garden is a cutting-edge Tower Farm operating in a state-of-the-art greenhouse in the middle of the Arizonian desert. True Garden produces tons of fresh greens 12 months out of the year in spite of the extreme heat of the summer which can reach 50°C/120°F! True Garden’s greenhouse does not use air conditioning. It was designed by Tim Blank, the inventor of Tower Garden. True Garden’s greenhouse was specifically conceived for Tower Farming. True Garden’s greenhouse has a full air exchange every minute: air circulation at its best! Agrotonomy and True Garden offer ‘greenhouse replica’ services: you can buy a replica of our greenhouse system (made in the USA by the same manufacturer which built True Garden’s greenhouse). Replicas of our greenhouse are sizable and can be 500 m² to 2000 m² (larger greenhouses require a different customized system infrastructure. We do not get involved in greenhouse projects smaller than 500 m²). Greenhouses are being shipped containerized from the US. Alternatively, if you wish to buy the blueprint of True Garden’s greenhouse (which includes plumbing, electricity, etc.) and build your own greenhouse through another manufacturing source of your choice, we can sell the ‘blueprint’ which will give you access to all details/instructions for the development of your own greenhouse only. Whether interested to build your own greenhouse for your upcoming Tower Farm, or whether you wish us to take care of building it on your behalf, we strongly invite you to visit us at True Garden, in Mesa Arizona (close to the Phoenix airport). They say that the ‘proof is in the pudding’, but in our case, the ‘proof is in the greens’! Regardless of when you visit us at True Garden, we guarantee you a ‘lush experience’ filled with green-yummy-goodies! Aside from consulting with you on your greenhouse needs, when you visit True Garden in person, you will be able to witness Tower Garden’s technology at its best! At True Garden, in an effort to optimize the crop yield per square foot, we use the tallest model of Tower Garden (13-pot-tower/ 52 plants per tower). Agrotonomy & True Garden offer full Tower Farm turnkey solutions. 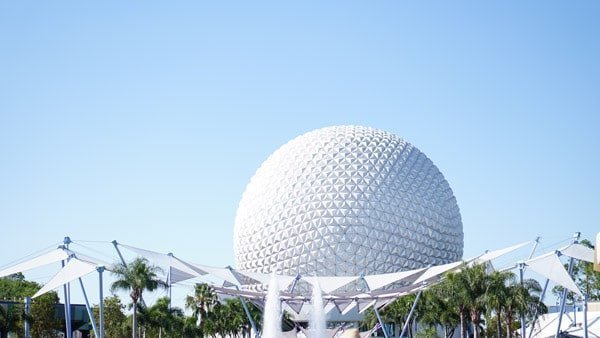 The aeroponic garden of Epcot center was the first aeroponic system open to the public. 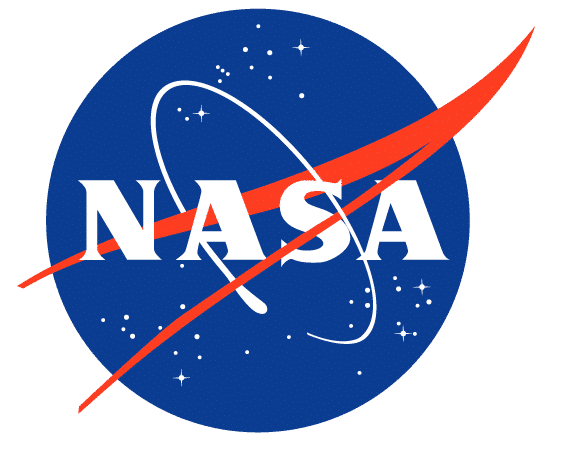 The NASA originally invented and developed aeroponics in the early 90s. 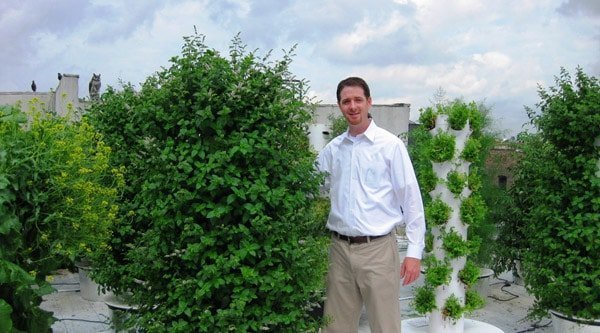 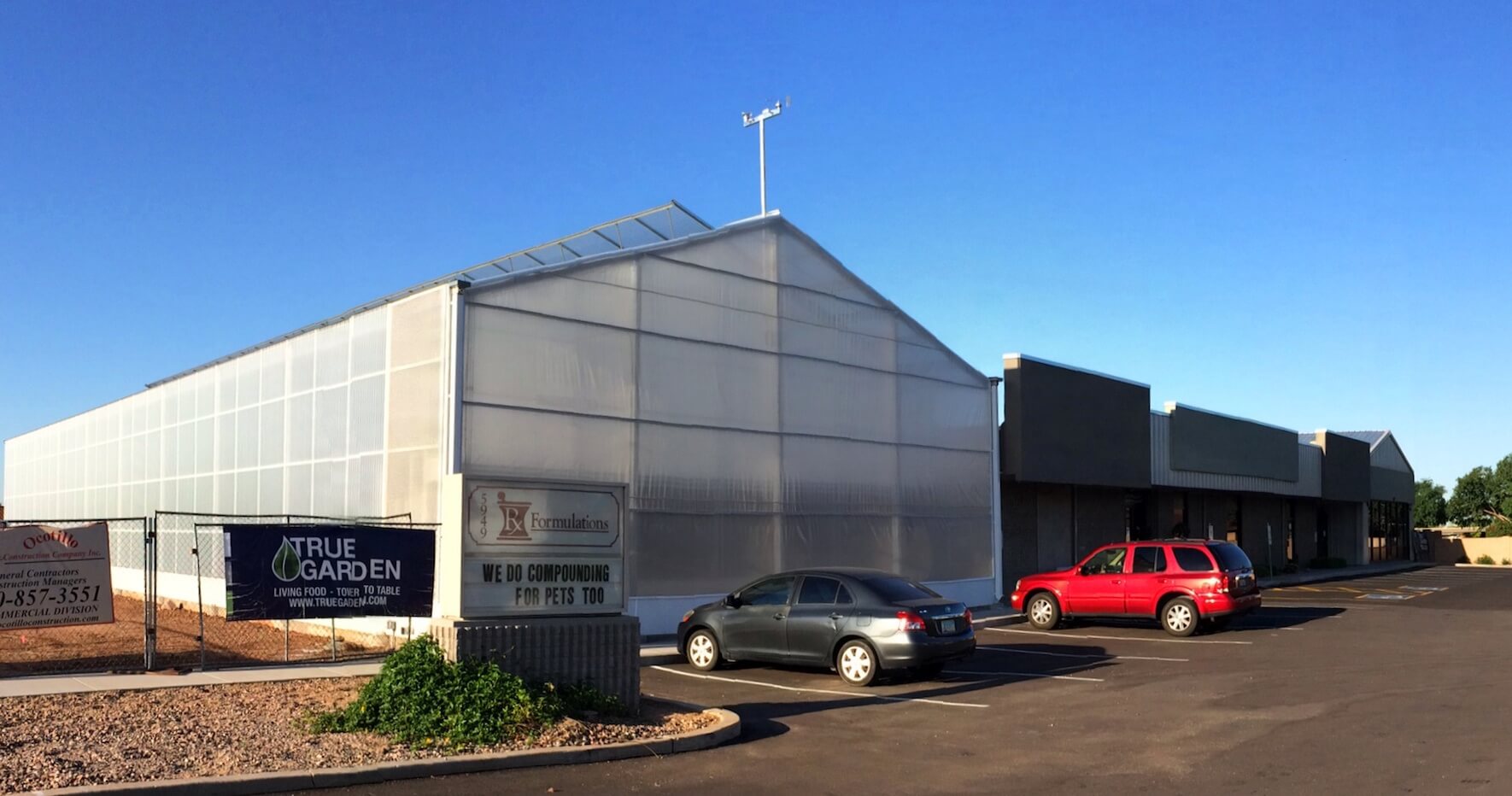 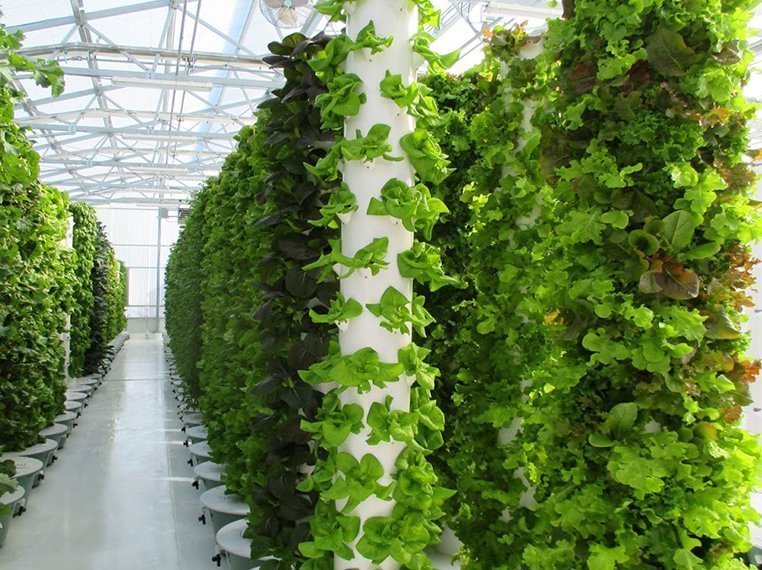